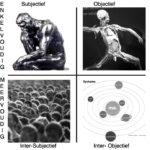 From our standpoint in the second decade of the twenty-first century, Europe appears at a crossroads. The “old world,” is the source of many traditions and the ground of a lot of scientific approaches, famous and influential philosophers and religious movements. What does this mean in the context of an Integral view that has the potential to integrate different domains of reality, and the ways they can be approached, on a higher level.

In these times we need everything and everyone

For this we must be able to hold paradox in our life and culture so that, in this further unfolding of reality, we can go beyond the pure relativistic skeptical position. Altogether we are in a great reconstructive project after a long period of postmodern deconstruction of every possible fixed idea of reality in culture, science and religion. From postmodernity we have inherited a very fragmented world that is also mirrored in a fragmented World Spirituality, and in this it is extremely important that Europe reclaims its depth in collaboration with the rest of the world.

We are differentiated, not integrated

Although Western culture brought us almost every possible way of looking at the world, our view is still incomplete. Many people can sense this intuitively, and many of them are trying to find their ways outside of the official or commercial organizations. There is a whole army of potential (r)evolutionaries waiting for a more integral view of reality. Lots of them are engaging in a private search for meaning, looking for peace in their states of minds, for psychological recovering or for new ways of living in all sorts of experimental communal forms – be it virtual or local.

What Ken Wilber in his magnificent book The Marriage of Sense and Soul: Integrating Science and Religion calls the great omission in Western culture is its primary intellectual approach to reality. It did not develop what is called in the East “a Yoga,” which is a practice of self-inquiry and intuitive inner development that is not only intellectual or psychological in nature, but authentically and evolutionarily spiritual. Developing this now could be supported by the modern developments in science.

This means that everyone can participate in this great reconstructive project by inquiring into herself as part of this great interconnectedness and interplay of all and everything. Everyone can participate in his own life in this great evolutionary adventure by being a conscious part of the great unfolding of evolution in which everything is interconnected. This is what Marc Gafni calls the possibility of the democratization of enlightenment.

Integration of Western and Eastern Enlightenment

For this, the West needs new “Dharma,” new reconstructive ways to view reality, ways that are not exclusively scientific, or philosophical, or pragmatic, but also spiritual and filled with a flame of every human being who can know from within that he is not separate, but an intrinsic part of the evolutionary unfolding of existence. One of the key-elements in this new enlightenment is to integrate the core principles of Western Enlightenment, which is to say ego, individual, the specialness and uniqueness of every human being, with the eastern notions of being and interconnectedness, not only as a state of being, but as the actual state of affairs as quantum-mechanics shows us from a scientific point of view today.

Mauk Pieper is Senior Teacher at Venwoude School of Life, plus a Scholar and Senior Teacher at Venwoude Retreat Center. As a Teacher he specializes in process facilitation which helps students actualize the Centrauric Vision at their own developmental stage and in harmony with state experiences. By studying the work of Ken Wilber and experimenting with Integral insights for more than 25 years, Mauk has integrated his own earlier insights from philosophy (especially structuralism and phenomenology), political sciences, psychotherapy, somatics and other body-oriented disciplines of knowing. The result is an integral training-curriculum for the Venwoude Training Center that also includes an Education for Integral Leadership and Coaching.